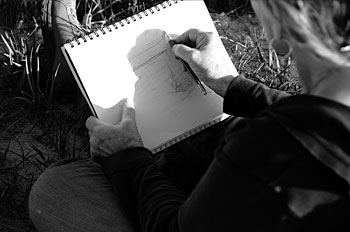 An artist is one who trusts the inner voice, functions from within, swims upstream as an everyday activity, constantly questions the status quo, proceeds in spite of fear and never stops dreaming.

Born in 1938, the first child of austere immigrant parents, Yanke learned early to recognize and trust her inner voice, developed an awareness beyond what is visible in the world, and understood herself to be a part of the energy of nature that surrounds her. “The artistic sensibilities have always been a part of me. The way I sense color, perceive balance, feel movement, follow line, see the whole, or even think, serve me in all that I do. At the easel, each work is addressed with an open mind as a unique experience. There is no formula.” She continues, “Static does not exist. All one has to do is observe their surroundings. Change is the constant.”

In late 1979, she met?retired art professor, Dord Fitz, in Amarillo, Texas.  There in a weekly class for almost five years, she studied art theory by way of the “problems” he posed. How does an artist use color to create shallow or deep space. How does one fully activate the picture plane with a line “It seeemed,” said Yanke, “that he presented a dichotomy. A means to render an image, but at the same time, the elements could stand on their own.” As she experimented, she found by weighting the elements, the image was no longer static. This set up the movement she had felt in Franz Kline’s work. 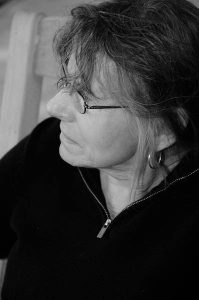 Yanke went on to study at the Art Students League in Denver, Colorado intermittently from 1987 thru 1988. There she concentrated on figurative work, working under artists Mark Daily, Ramon Kelly and others.

In her first major national show entry in 1988, “Is a Marriage Penalty Constitutional “, Dr. Eleanor Tufts, curator of the American Herstory: Women and the U.S. Constitution show noted that Yanke’s “Wash-like images suggest a parallel with the paintings of Larry Rivers…….” Yanke’s work had a dissolving quality, a sense of conjoined images at that time. As her work has evolved, she has explored the use of strong colors and shapes to the point of abstraction while still retaining a representational quality. Bea Kreloff, co-director of Art Workshop International comments that Yanke “Captures her subject matter with glowing color and elegant spatial composition….” From an architect’s perspective, Christo Carson comments, “I love the ambiguity between figurative and abstract. It forces a healthy tension much like the mind and the heart.” These comments underscore Yanke’s own assessment that her work is far from being image focused, but instead, “it is a rendition of space…. with some objects in that space.”

Yanke’s upstairs studio overlooks the endless plains of the Texas Panhandle.  Simon and Garfunkel plays softly as the morning light floods the  studio,  “I love my solitude, that is when I regenerate, when I get lost in the process of my work, when I lose all sense of time, and ultimately, follow my dreams.”